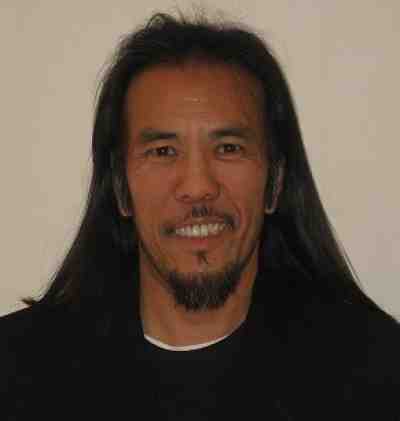 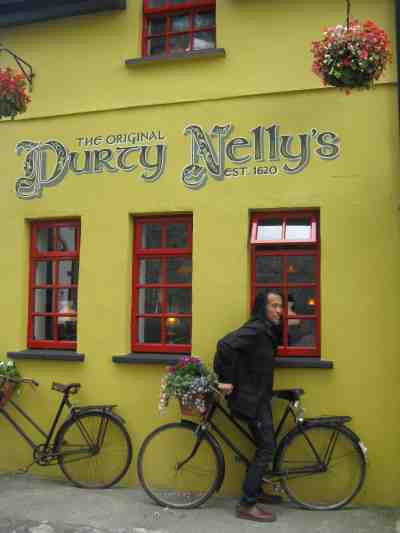 Santa Barbara
Humanities and Social Sciences Librarian, Social Sciences Coordinator
colmenar@library.ucsb.edu
When did you start in your current position?:
Jan 01, 1998
Years in LAUC:
19

I had great and memorable encounters with librarians at UCSD with research help and learning about the library in general.  Two in particular made me feel welcomed - opening the doors to academic research – Tami Echevarria and Marc Gittelsohn. Although over two decades ago I still vividly remember the figure of Marc by the reference desk with patience and passion teaching me the basics of library research - LC Classification, using Melvyl catalog, etc.   In terms of the library profession it was timely to have met Tami when I was beginning to look at career options midway in my undergraduate course. As an Ethnic Studies major I liked the idea of working in academia or for a non-profit organization.  But I also knew that securing a good position would require an advanced or professional degree, especially in the Social Sciences and Humanities.  She was coordinating a mentor program for underrepresented student interested in LIS programs.  I joined the program and after graduating she helped me apply to LIS programs. (That year there were 8 of us in the program and most of us got accepted) One of the first books that got me hooked in librarianship was when I discovered Sanford Berman’s book while browsing the library shelves of the UCSD Central Library (Geisel).  Prejudices and antipathies:   a tract on the LC subject heads concerning people, opened a window to the world of critical librarianship much similar to the field of Ethnic Studies.

Describe the first time you worked in a library.

My first student job at UCSD was in the government unit and I had to learn SuDoc classification scheme. I don’t recall having that much trouble learning the SuDoc and LC which at that time I thought was a good sign in choosing this path.

What is your current or recent role in LAUC, either locally or systemwide?:

Member of the following committees: LAUC-SB Program and the Welcome, Orienting, and Mentoring, (WOM).

What do you like best about being a UC librarian?

As a LAUC member and a union representative (Local 2141) I have worked and developed social and professional relationships with UC librarians in a range of circumstances and context, locally and system-wide. The experience of working with UC library workers has always been collegial, supportive, and educational, expanding my knowledge and understanding of academic librarianship in all its aspects, including collection development, licensing, instruction, and scholarly communication, as well as gaining broader insight into the working conditions of all library employees through our union.

Describe a recent or current project on which you are working.

Describe your recent professional work outside of work, such as association work, writing, research, or anything else.

I helped organized the Asian Pacific American Librarians Association (APALA) first symposium to commemorate its 35th Anniversary in the summer of 2015.  It was the biggest event APALA has done and the collective effort everyone involved made it a successful event. I recently completed serving my term as Action Council member of the Social Responsibilities Round Table (SRRT). I am active in several library (besides APALA) and academic organizations. Progressive Librarians Guild, Filipino-American Scholars collective for which I maintain a listserv.

What would you like the next big thing in libraries to be?

I don’t have a specific idea in mind.  Colleagues have identified several major issues on this series already.  However, I’d like to share a couple of epigraphs that have guided my work that speak to the forces that affect cultural and public institutions.

The first set are excerpts from Candise Branum essay, “The Myth of Library Neutrality”.

Though libraries claim a space of neutrality, one of the major responsibilities of libraries is to fill information deficiencies and bring knowledge to the masses, which is inherently political; in this way, the idea of neutrality depoliticizes the very political nature of librarianship.

As the guardians of information in a society based around gaining access, librarians are in a powerful position, even though they continue to reject the political nature of the work they do. In this way, neutrality is much like a collar and leash to keep librarians from crossing over any abstract lines the profession has drawn.

The second set comes from an intellectual giant, mentor and friend who died in June 2016.  The late professor and former chair of Black Studies Department, Cedric J. Robinson author, of influential works such as: Black Marxism: the Making of the Black Radical Tradition, The Terms of Order: Political Science and the Myth of Leadership, and  Forgeries of Memory and Meaning: Blacks and the Regimes of Race in American Theater and Film Before World War II.

From an interview with Chuck Morse

Just as Thucydides believed that historical consciousness of a people in crisis provided the possibility of more virtuous action, more informed and rational choices, so do I.

It is the task of the radical critic to illuminate what is repressed and excluded by the basic mechanisms of a given social order. It is the task of the politically engaged radical critic to side with the excluded and repressed: to develop insights gained in confrontation with injustice, to nourish cultures of resistance, and to help define the means with which society can be rendered adequate to the full breadth of human potentialities.

I wish to thank George Lipsitz for introducing me to Cedric Robinson when I came to UCSB in 1998.

Complete this statement: "One surprising fact about me is...”

I am a co-host of a radio show in KCSB FM, a campus radio station.  “No Alibis” co-produced with Elizabeth Robinson, Marisela Marquez, and Avery Gordon is a public affairs program that focuses on alternative and progressive voices as well as alternative news sources.   Last year I interviewed Axel Borg our chief union negotiator along with representatives from Teamsters and Tri-County Labor Relations to discuss pension plans and labor negotiations occurring at the time.

For a decade, I was involved in a community access TV program in Santa Barbara. Third World News and Review ran for over 30 years. I reported on events happening in Asian countries. The show ended in 2015.  The long running public affairs program received the 2015 Media Access Impact Award.

I first read America is in the Heart: a Personal History by Carlos Bulosan in a course on Asian American Literature.  It was a major influence in my education with its historical background on the Philippines and the United States as well as the central role of the library in Bulosan’s intellectual growth as a writer and political activist.