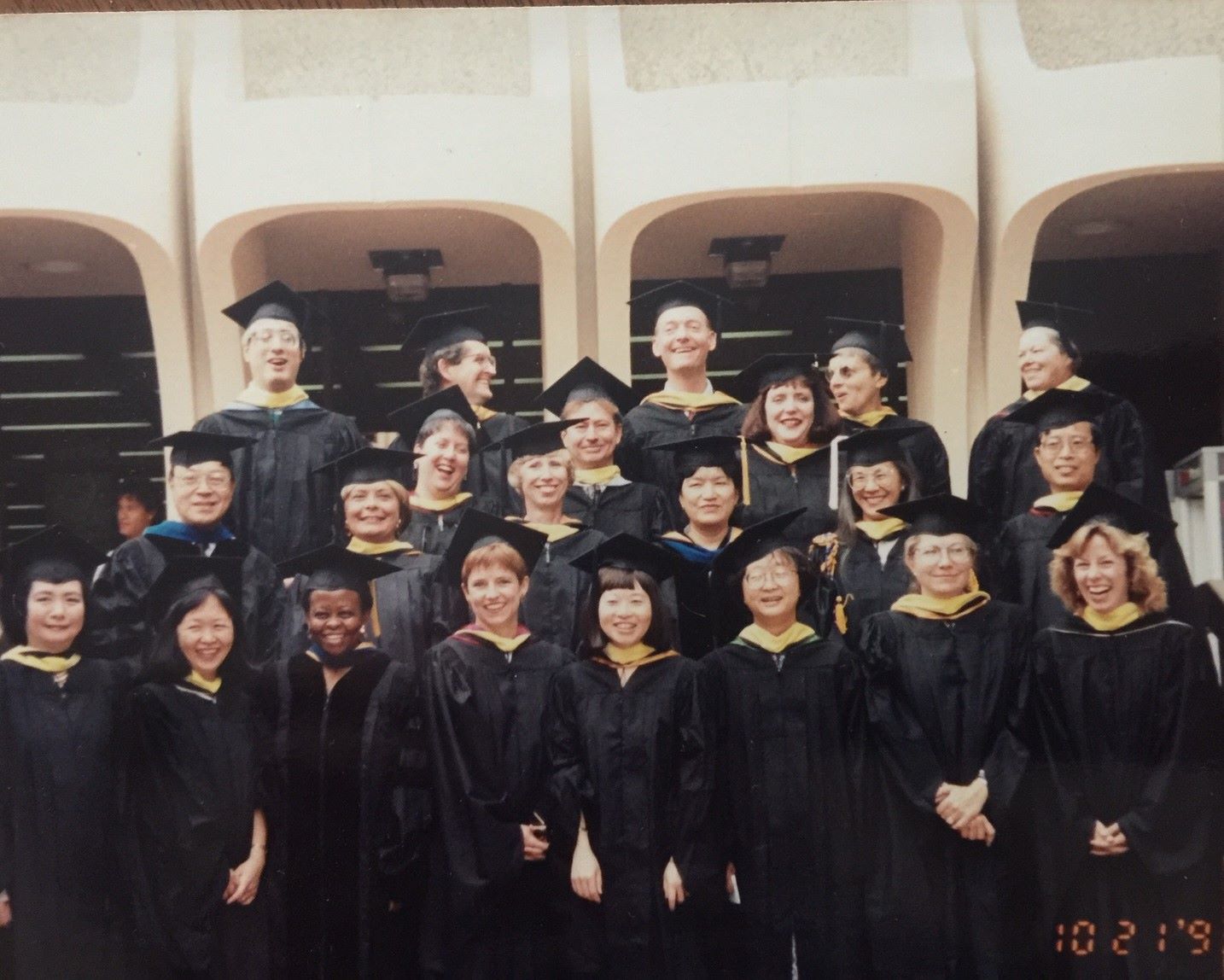 In 1993, UC Irvine welcomed its third chancellor, Laurel Wilkening, who succeeded Jack W. Peltason. For her investiture in October, University Librarian Joanne Euster funded the rental of academic regalia for librarians who wanted to march in with UCI faculty at the event. After we had figured out how to wear our hoods, and which side our tassels belonged on (the left), we stood on the front steps of the Main Library (renamed Jack Langson Library in 2003) for this photo.

Key: R = retired from UCI; L = left UCI for another librarian position; P = passed away while at UCI

Thanks to Cathy Palmer for posting this on her FaceBook page and generating a lot of reminiscing and “who is the person standing next to…?”

Author’s Note: This does scan.

OCLC v. BALLOTS debate was the first;
Which system was best? Which one clearly the worst?
We measured and clocked and we argued all day.
OCLC won out – and so did L. A.

Six drafts of UC’s Master Plan we did read;
The binding was Salmon-- quite fishy, agreed?
We ate out our hearts with revisions galore
Which went mostly unnoticed—who cares anymore?

Next uniform catalog rules we did try,
But Berkeley said no—left us hung out to dry.
The flagship had subtleties too fine to share;
No wonder their catalog efforts were rare.

LAUC members should teach in their very own right,
But Davis librarians feared that they might!
“Next thing they’ll be making us get Ph.D.’s,
And publish or perish? No thanks, if you please!”

We should brief-list all books for the regional stores.
Santa Barbara said no—they were junk, nothing more.
San Diego said they were not playing at all.
No storage for them—to suggest it was gall.

On episodes such as these do I reflect
When I recollect LAUC—but I must not neglect
To include peer review in the things we did get.
It is central to all – I’m convinced of that yet!